Click PLAY on the video at left to view a video on our Nutcracker tradition at SBDA. 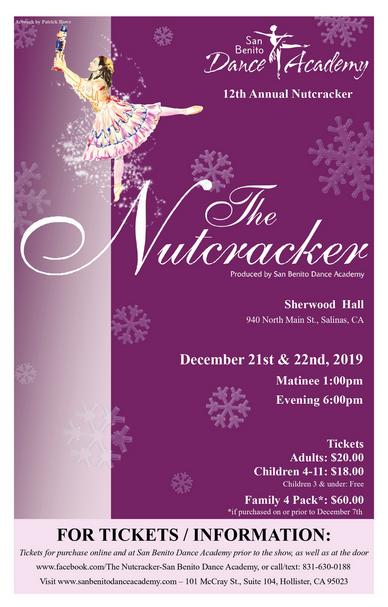 Find info and details about the show and tickets, tell us if you can attend, and SHARE with your friends & family!

Find info and details about the show and tickets, tell us if you can attend, and SHARE with your friends & family!

Info about the Nutcracker Experience:
from auditions to casting,

The Waltz of the Flowers 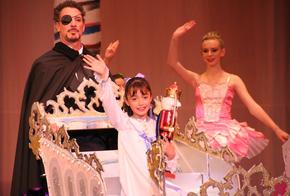 Clara is presented one last dance by the International Court, and is sent off in the sleigh. 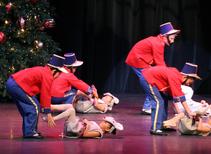 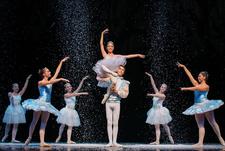 Dance of the Shepherdess 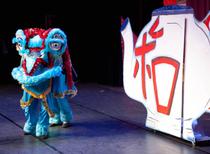 The Land of Snow

The Nutcracker turns into a Prince and whisks Clara off in a sleigh, on a journey to the Land of Snow,  an enchanted forest wonderland where they are welcomed by dancing snowflakes.

The Land of Sweets

Then Clara is escorted to the Land of Sweets where she is greeted by dancing candies.  The Prince and Clara are received by an International Court, where they tell of their daring battle with the army of mice, and are rewarded with a celebration of fantastic international dances: 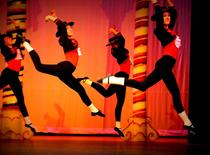 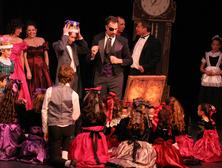 It is Christmas Eve at the Stahlbaum house- - A large and grand house with the most beautiful tree imaginable.  The Stahlbaums are hosting their annual Christmas party, welcoming the arrival of their family and friends.  The children, Clara and Fritz, are dancing and playing as they welcome their friends too.

The party grows festive with music and dance as godfather Drosselmeyer arrives.  He is an amazing toy-maker and always full of magical surprises.  Drosselmeyer draws everyone's attention as he presents life-sized dolls.  They are the delight of the party, each taking a turn to dance.

The children begin to open gifts when Drosselmeyer presents to his Clara, a beautiful Nutcracker that becomes the hit of the party.  Although his gift to Fritz is quite nice, he gives Clara the beautiful Nutcracker.  Fritz becomes jealous and having a bit more spunk than a boy should have, grabs the nutcracker from Clara and promptly breaks it.  Clara is heartbroken looking on as Drosselmeyer quickly repairs the Nutcracker with a handkerchief he magically draws from the air.

As the evening grows late, the guest depart and the Stahlbaum family retires for the evening.  Clara, worried about her beloved Nutcracker, sneaks back to the tree to check on him, falling asleep with him in her arms.

This year will mark our 12th Nutcracker show. It has been a great enrichment to our holiday season.  We have a cast from ages two to adult. We have been told that the experience is unforgettable! There are four shows (two each day), to be performed at the grand Sherwood Hall in Salinas. Join us in the tradition of The Nutcracker!

Want to know more about the experience?

Be a part of a holiday tradition!